How to confidently speak up in meetings

Lately I’ve had so many people reach out for coaching because they are tired of not being confident enough to speak up in meetings. They have things to say, but worry about it coming off wrong or looking like an idiot so they keep it to themselves.

We want to have a voice at the table and are expected to speak up, but what do you do when you just can’t bring yourself to say something?

Most likely you were so worried about yourself that you did not speak up, the conversation moved on, and the moment was gone. You are not alone my friend.

We often doubt ourselves because we want to make sure we put our best foot forward. We want others to know how insightful we are and how we get the bigger picture. We want our comment eloquently flow and seem effortless like it was no big deal.

But the truth is we sometimes say dumb things. We often fumble over our words and forget what our point was. We might be wrong or totally miss a key point.

There are toastmaster courses and other ways to practice, but if you want to have a voice at the table, start using the one you have right now. Practice using it. Practice learning from it. Notice what you do well and what you want to keep figuring out.

They say the only way out is through, and unfortunately, it’s not just a cheesy saying, but also very true.

Make that comment. Feel all the terrible emotions. Learn from them. And keep doing it over and over and I promise you it will feel less terrible each time you do. 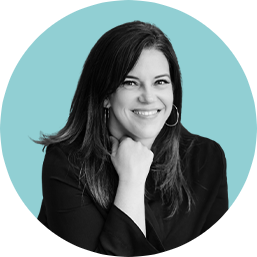